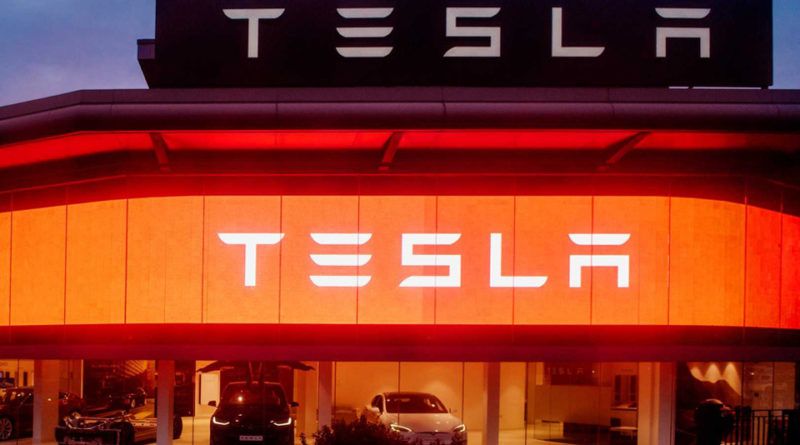 On Wednesday evening Elon Musk’s Tesla announced its 4th straight quarter of profit. After the breakdown of the news, the shares of Tesla Motor (TSLA) has increased with a sharp height. As per the company statement, Tesla’s revenue reached $6.04 billion during the quarter with the help of $428 million regulatory credits.

Although Tesla grappled with the ongoing pandemic of Covid -19 with US employees and factory operations, the Company showed better results in its 2nd quarter what was expected earlier. With this announcement, Tesla also clarifies its future plan and strategies, which we will look on one by one.

With the announcement of Profitable Q2 result, the market share of the company almost rose to 5% within 1 day. At the same time a year back, where the shares of the company were trading around $250-$260, now after the consecutive four profitable quarters, they are trading over $1,500.

On NASDAQ, Tesla Inc. (TSLA) The exact price of the shares is $ 1,592.33 (closed on 23rd July 2020). It was surprisingly rising at the Stock Market, just after the announcement of the Q2 result. If we see in the graph of the stock price over a month, the market shares are increasing day by day, but it’s a strange thing to observe, on day 20th July the stock price reached $ 1,643.

With the announcement of the profitable Q2, Elon Musk said to open a new car plant near Austin, Texas, to produce the Electric car model S and Model X for the Easter half market of North America. Whereas the California factory to continue with the production of Model 3 and Model y for the entire market. In the future, the Texas factory may produce the company’s new Cybertruck, Semi, and Model 3 and Model Y for the Eastern market of North America.

Tesla has currently manufacturing facilities at California, Nevada, New York, and Shanghai China. The company has four basic models in Its electric car segment. The model’s are Model S, Model 3, Model X, and Model Y.  Let’s find out more details about its products.

Tesla’s mid-size SUV, the Model Y is available at $39,000 with its standard range version. This SUV can carry 7 adults including the driver with spacious interior space. With the help of its ultra-responsive motor of Model Y can reach up to 60 mph speed in just 3.5 seconds, with a top speed of 150 mph. the standard range of the Model Y can travel up to 230 miles, where its long-range can give you a long 300 miles travel on a full charge.

Tesla Model 3: An Affordable Electric Car For All

The model 3 is a compact and smaller car with an affordable range for all. Its powerful engine can deliver up to 60 mph in just 3.2 seconds. The compact car can carry five adults including driver. With the starting range of $ 40,000, it can perform up to 220 miles at a go.  Model 3 is considered as the most affordable vehicle of the company ever. A 15  minutes charge can give you almost 180 miles at a go.

The falcon-wing doors, canopy glass, and its quickest performance capability make the Model X the best electric sedan in this segment. It can carry seven adults including driver. This model has a HEPA filter system fitted in the cabin for medical-grade Air clean. It can reach up to 60 mph in just 2.9 seconds with a top speed of 155 mph.

Model S is known as the first electric sedan of the century. It has the highest possible safety provisions along with the longest range in its segment. It’s over the air software update that makes the driving experience better day by day. It can reach up to 60 mph in just 2.5 seconds.

Tesla Roadster: The Quickest Electric Car of the World

Roadster is known as the quickest electric car in the world. It can reach up to 60 mph with just 1.0 seconds. The maximum speed can achieve this car is 250 mph. The long-range of the vehicle can travel up to 620 miles at a go. The seating capacity of this model is 4 adults including drivers. It has a stunning glass roof, which gives and convertible driving experience to the owner.

This model has designed to give its customer a feel of the utility of a truck along with the performance like a Sports Car. It has three model variants, such as Single Motor Drive, Dual Motor Drive, and Tri-Motor Drive. Its tri-motor model can reach up to 60 mph speed in just 2.9 seconds.

Tesla Inc., which was known as Tesla Motors earlier in an Electric vehicle manufacturer based in America. Along with Electric car’s It also manufacture solar panels and solar roof tiles. Martine Eberhard and Marc Tarpenning founded this company in the year 2003.  Elon Musk, who was the co-founder of the company at that time, is now the CEO of the company and has the vision to make the human mobility solution a different level with the technology of renewable energy.